BOOM BOOM BOOM! It's the

..and it's the third development day!

Now you can not only throw red boxes into brick towers, you can also throw dynamites!! Aaand there's a lot more options now!

I have decided to increase the price of the game (now seriously, unlike the joke from yesterday's DLC) from 1€ to 2€ effective from this update. That is because I feel the game is turning into something more featureful than just red boxes thrown into white boxes. This does not affect anyone who has already bought the game and there will be no additional costs. I do not have plans to change the price any further, it will stay 2€ for some time.

What about Linux and Mac?

Tomorrow, I will try to build the game for Linux and OSX. I am not sure that I will be successful because the tech used in the game (Havok physics package, ECS, Burst compiler..) are pretty fresh Unity tech and might not build for those platforms. We'll find out tomorrow!

You can see most of the newly available options in the image: 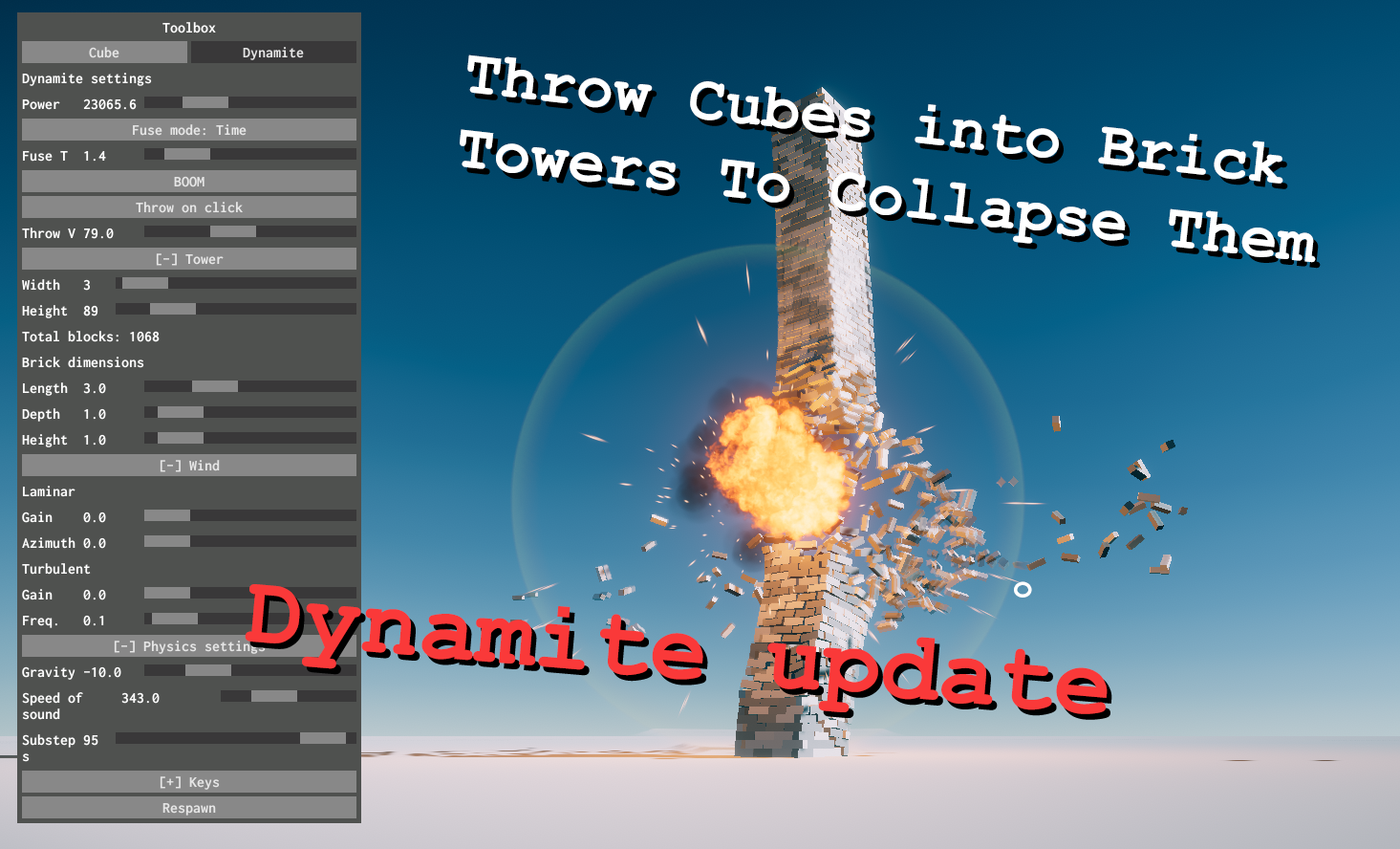