The Flight Board Update

Here's a new INTERMINAL update and lets get straight to what's new:

The biggest update is the addition of the split-flap flight schedule board. Not only can you watch planes taxi around, land and take off, you can now track them on the board! And you can hear the authentic split-flap cells spinning, from far away. We've added some nice procedural airline and airport names as well for more giggles! 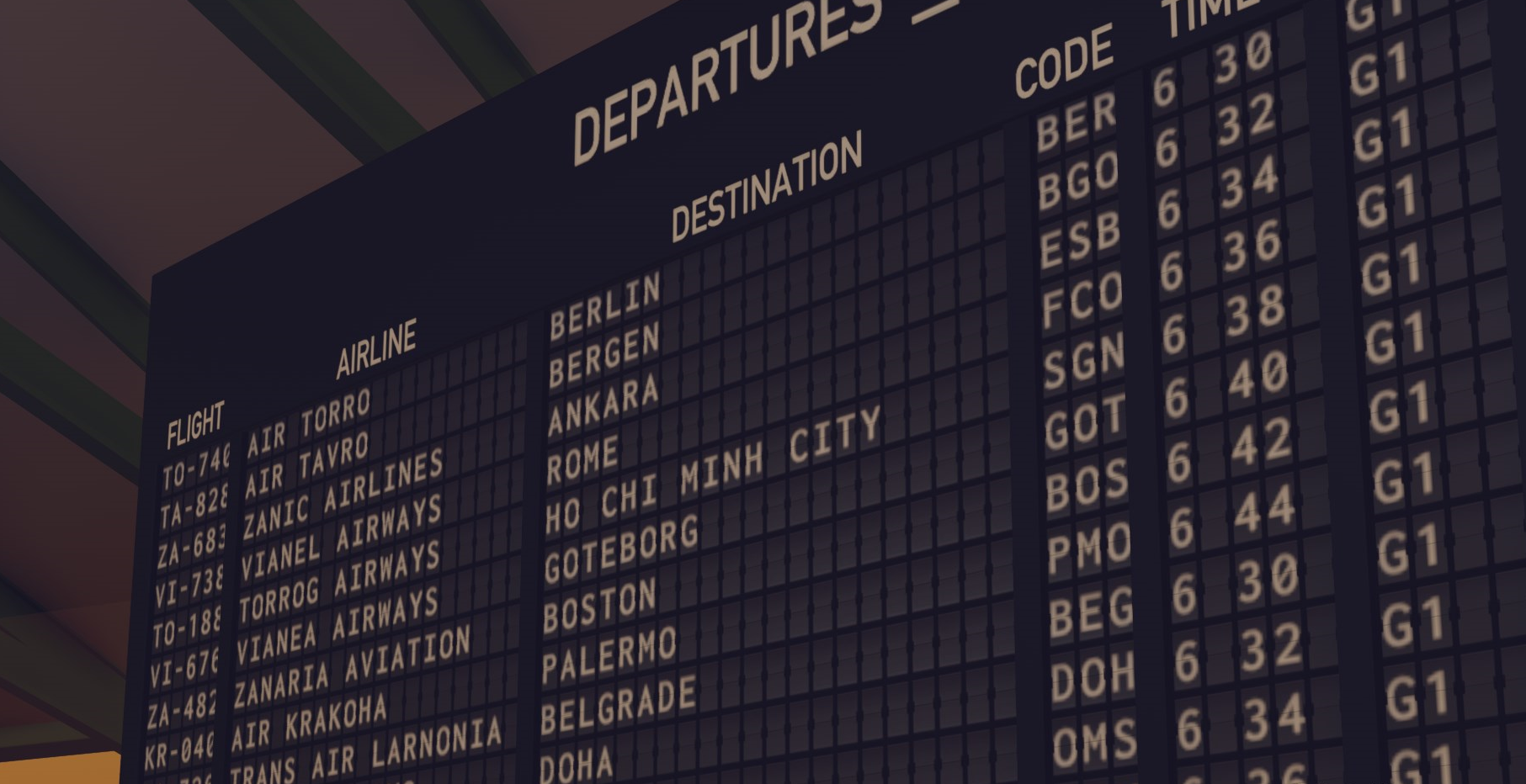 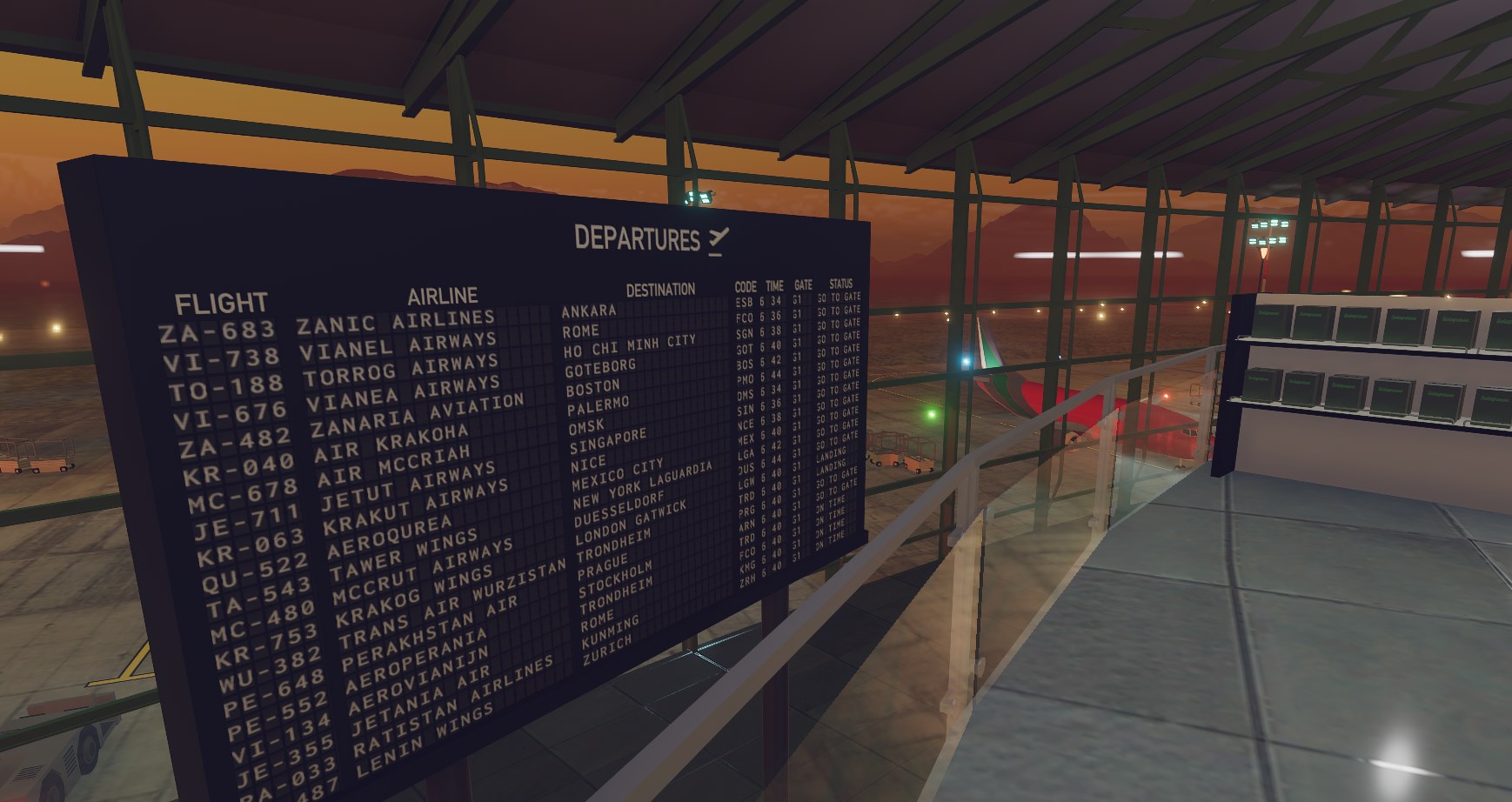 I spent a few days perfecting the board animations. I decided to use a method where I'd take a snapshot of a text and then run the animation completely in-shader. On each text update I would swap between 2 buffers (double buffering basically), and blend between those. That allowed me is to also simulate per-pixel normal bending in shader, which would make it independent from the number of characters being changed. And, it also allowed me to have numerous displays at the same time, since they all share the same material. I've shared the development in this twitter thread:

Past builds would always run at full resolution, which, due to the number of pixel calculations, was a problem on Mac retina screens. Ferran mentioned how to solve this problem in a special post here. Well, that is now not an issue any more because you can select a resolution in the main menu!