We are glad you are enjoying Interminal, and we've seen a lot of positive comments about it! We enjoyed working on it and it was quite interesting to find out that many of you have found the airport creepy, which is not the feeling we were going for (to be honest, I'm not sure what was the feeling we were going for!). But it's super exciting to find out that it's leaving an impression on people in unexpected ways.

A little about this and previous updates

So, here is an update! ..actually, several updates since the jam, but we've been pushing updates from the "shadows", and this is the first time we're actually making a devlog. So, here's a quick overview of those previous updates:

..and many more little fixes!

But this post is actually about a new update! So, here's what's freshest fresh:

Before this update, when the planes would start their departure and move backwards away from the gate, the planes would just move back under, seemingly, no power. The engines would turn on a bit later, so it would be quite unrealistic. Well, that's because I was always planning to add a pushback tug, but didn't have the time to implement it during the jam. Well, now it's here!

When the planes want to depart now, the pushback tugs will drive to the plane and latch onto the plane. The pushback will start just like before (but with a tug), and when the pushback is complete, the tug will go back to its parking spot, waiting for the next plane to arrive to the gate. 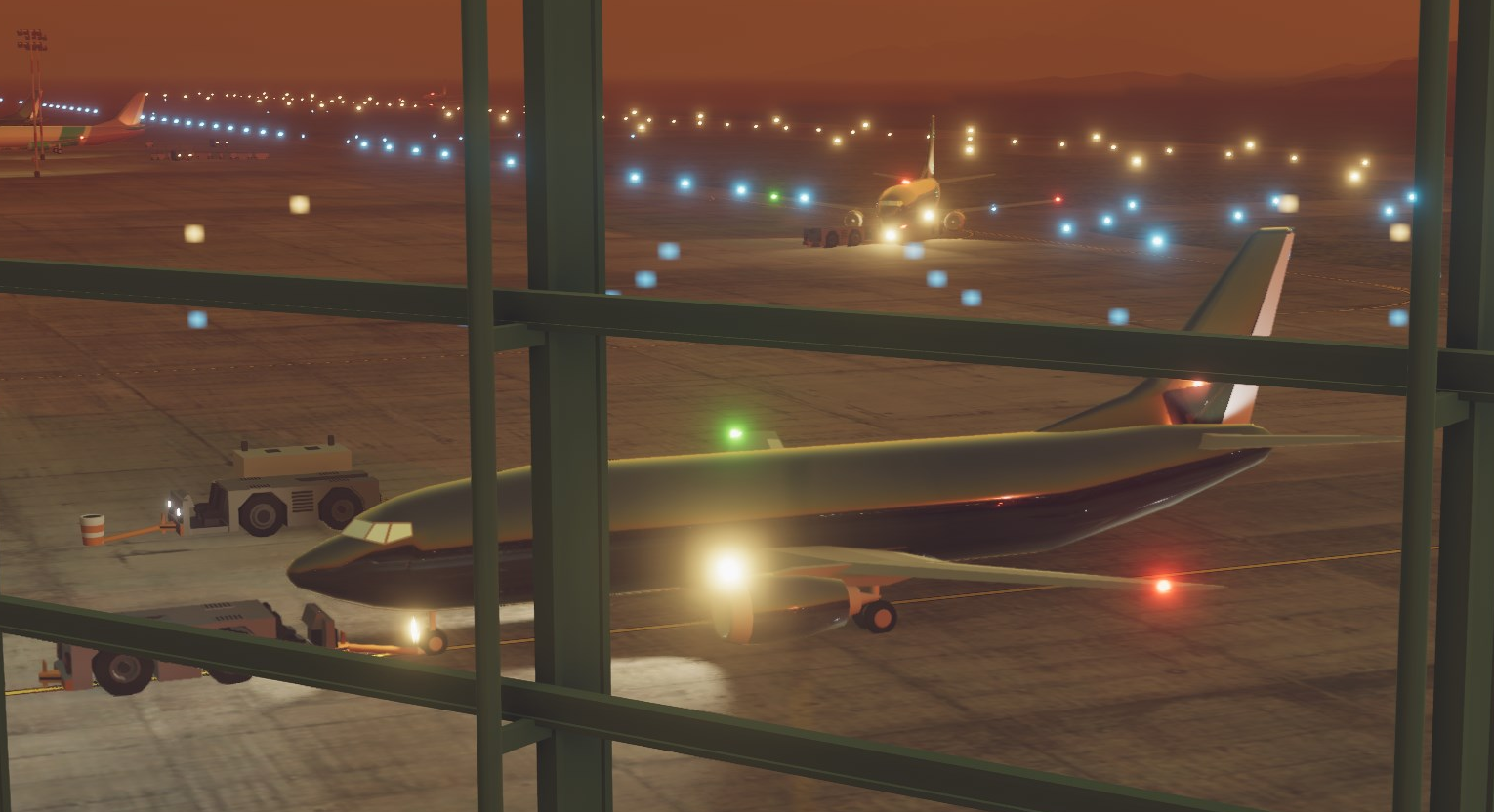 Two planes being pushed back at the same time

I implemented an accelerating and steering system using PID controllers, specifically for the tug and it was quite fun to do, but perhaps a bit overengineered for a simple thing like this background tug simulation :P I'm happy that I'll be able to use this experience in future projects tho! ..Which is why it's important to do jams, kids! You always learn something new with novel problems! :)

Now with acceleration and stopping at target. Even works when changing target in real time. I have to say this is working even better than I expected! #Interminal #gamedev pic.twitter.com/d9XFhHaic6
— 😷 ifndef 🌲🏎️💨🌲 (@Nothke) December 16, 2020

Meanwhile, Ferran has added many Spanish word-stems to the perfume name generator, which will definitely improve the experience. They are currently mixed with pretentiously French-sounding words so there's some procedural bilingual awesomeness!! 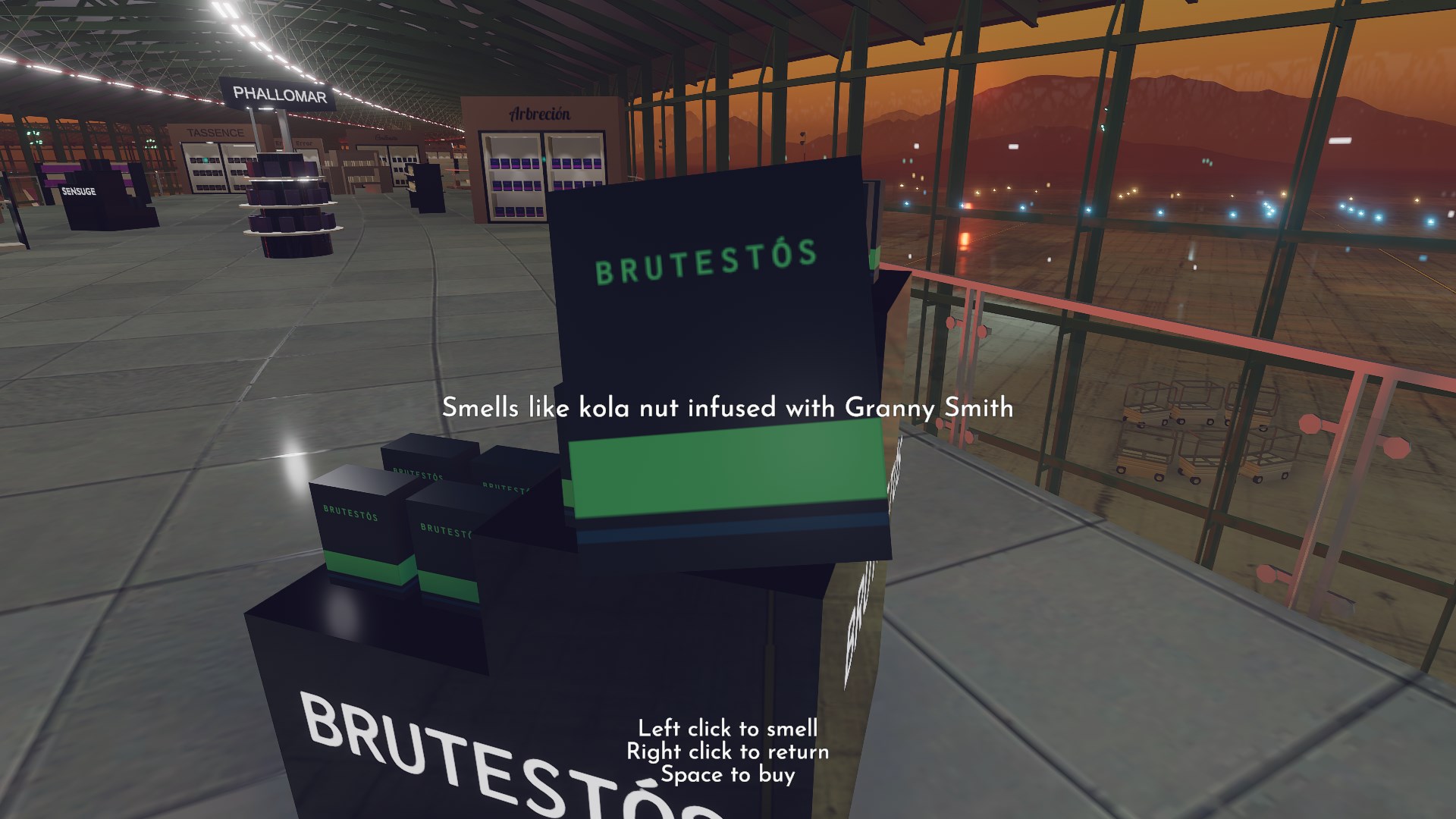 The newest windows version is "version 2" which is a bit confusing, but that's because we started using itch.io's butler for more automated uploads, while for Mac version we haven't yet started using it and there are no attached version numbers. But know that the latest build IS actually the same version!

We will update the game for probably a few more days, and then call it done and go back to our normal gamedev lives. But, there is still a few things we want to implement that would deepen the immersion of an endless planespotting and duty free shopping experience! So stay tuned!

Full changelog of this version, version 2: